Just an hour commute through a flight from Delhi, Ladakh appears to be unlike anywhere else on the planet. The turquoise lakes mirror the snow-capped peaks. Monasteries rise from the sun-drenched hillside like beehives. One of India’s safest and most beautiful areas is the high-altitude desert, which is home to a friendly Buddhist and Muslim population. It’s also best seen on foot. Here are a few of the best Ladakh treks to consider. Ladakh, the land of high mountains, boasts a plethora of treks for all types of adventurers. Trekkers seeking the best trekking opportunities in Ladakh should be aware of these treks if they want to experience the best of Ladakh.

Planning to do a trek? Book the amazing  Grahan Trek at the best price!

The Markha Valley is located near the Markha River between Ladakh and Zanskar. The region includes some spectacular beauty, such as breathtaking granite canyons and desolate, untamed landscapes. While strolling here, you will also see gorgeous settlements with indigenous culture and a distinct environment. This exciting excursion takes you into the stunning Hemis National Park and includes two mountain passes: Gandala La Pass and Kongmaru La. If you enjoy adventure and scenery photography, you must participate in the Markha Valley Trek for an unforgettable experience.

There are other treks in Ladakh and other parts of the country that require you to walk on snow-covered pathways or rocky terrain, but the Chadar Trek is the only one that needs you to walk on the frozen Zanskar River. This Ladakh trek has been featured in tourist journals and videos all over the world. Due to the extreme weather conditions, it is also recognized as one of the most difficult treks in India. The temperature may drop to – 25 to minus 30 degrees Celsius at night. The trek provides breathtaking views of the Himalayan mountains, which are snow-capped and rugged. The ice waterfalls are also one of the trek’s key draws.

This is one of Ladakh’s most popular treks, connecting to the scenic Zanskar Valley. A collection of monasteries can be discovered nestled away in the small communities along this route. Lamayuru, Phuktal, and Lingshet are just a few of the beautiful monasteries that will lift trekkers’ spirits as they go along this road. The Lamayuru to Darcha trek is one of the best Ladakh trekking vacation packages. It has received appreciation from numerous trekkers from all over the world for its spectacular terrain, which is why it is considered one of the world’s most desired trekking grounds. This expedition is a must-do if you want to try something new.

This is one of the most popular treks in the Markha Valley region of Ladakh, comprising stunning valleys, winter weather pathways, and panoramas of sky-high snowy peaks, as well as amazing monasteries that lay along the trail. Kang Yatse and Dzo Jongo are dual summits with elevations of 6280 m and 6175 m, correspondingly. You get to witness the ice climb at the end of this expedition to these majestic mountain peaks, as well as some really lovely green places. And it is easier to complete this walk in the summer, this trail is draped with a sheen of white.

Discover the allure of the mighty Himalayas in the Ladakh region on this adventurous journey that begins at the oldest monastery in Ladakh – Lamayuru – and ends at the Alchi Monastery, famed for its Buddhist art in the Kashmiri tradition. The trail runs via Wanla, Urshi, and Tar La Pass, providing some breathtaking views. On this hike, you’ll get to see the offbeat in a whole new way: you’ll traverse picturesque rivers, walk over wooden bridges, and visit medieval monasteries along the way. The hike between Lamayuru and Alchi is equally appealing to adventure seekers and nature photographers due to the stunning scenery of Leh and Ladakh. It runs past rural communities and monasteries.

As one of the most popular hikes in Ladakh, the Snow Leopard Trek is located in the eastern section of Ladakh at an elevation of 3000 meters. It is a prominent feature of the famed Hemis National Park and covers an area of 600 square kilometers in the valleys of Markha and Rumbak. Because it is a protected region, the walk to see the unique creatures here would be an exciting experience. Not just animals, but birds and various bug species will make the bio variety here appealing. On this walk, you may have the opportunity to see rare and endangered species that only exist in the frigid desert, such as the snow leopard, Ibex, Shapo, Marmot, Tibetan Hare, Antelope, and others. 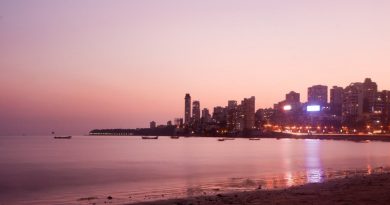 Top 5 cities you can confidently move to in India Guide to the Flower Valley in 2021